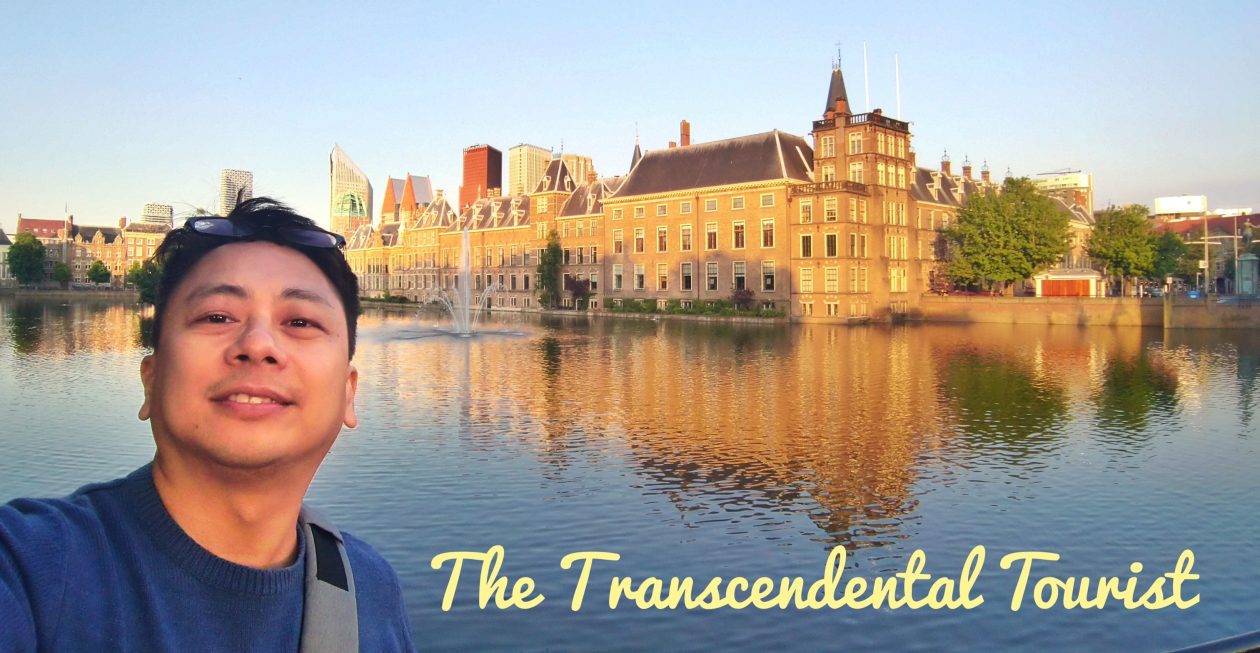 First, a defensive disclaimer. I wouldn’t spit at photography by calling myself an amateur photographer. I’m a snapshooter who only knows two techniques in photography: the rule of thirds and frame-within-a-frame, which I overuse to varying success. If my shots turn out decent, it’s a fluke!

Having said that, I was surprised, inspired, and ultimately pressured by the vote of confidence of, not one, but two talented photographers, Francis Balgos of Pala-Lagaw and Ian dela Peña of BrownmanTrips, whose work I’ve always admired. They tagged me separately in this chain post, so I came up with this collection of my favorite snapshots from my (now stolen, huhuhuhu) Panasonic Lumix point-and-shoot.

Takes My Breath Away

I admit the photo may not induce oxygen deprivation, but my memory of Borobudur captured by it was truly breathtaking.

At this level you can very well connect with the eternal – the vast expanse of rainforest that has surrounded Borobudur since its construction a thousand years ago, the horizon ringed by mountains that partially conceal distant volcanoes, the dome sky with its endless procession of slow-moving clouds, the freedom in the flight of birds overhead, the unceasing drops of rain, the circular forms of the stupas – as below, so above.

Faced with the advent of middle age, my dreams have gotten, not smaller, but simpler. I dream of spending my twilight years surrounded by tranquility and delicacy, as in this park around a castle in Japan.

Scores of middle-aged men and the elderly were taking in the oasis-like tranquility of the city park and the soft light of the late afternoon. The time and place was a visual haiku: Zen in simplicity, poignant in beauty, brief in existence.

Read more here: The Land of the Setting Sun.

Although Angkor Wat seems frozen in time, conjuring up images of life during its heyday makes it come alive. The frame-within-a-frame photo of the temple is rather cliché, but it speaks of a window to the highly sophisticated ancient Khmer civilizations.

In the silent, stone-dead here and now, I sat still on ancient landings, imagining what it must have been like 900 years ago. This gallery must have echoed the pitter-patter of scurrying monks. This courtyard must have seen bare-breasted women dancing as apsaras or performing rituals as devatas. This terrace must have borne the pomp and power of King Suryavarman II himself, the builder of Angkor Wat.

Read more here: I Got Myself a Universe in Angkor Wat.

Taken during my parents’ golden wedding anniversary, this candid shot is a joyful tribute to their enduring love. Dad passed away almost three years later. The photo has become bittersweet; I break into a smile and well up in tears at the same time.

Most wondered aloud what their secret to a successful marriage was. Well, I’ll let you in on their secret. Laughter, a good measure of cheesy kissing, constant conversation (after half a century together, they haven’t run out of things to talk about!) and the grace of God – that’s how they have strengthened their Golden Bond.

One of my friends commented that this photo is a “picture that’s worth a thousand words.” I snapped it while strolling down the rundown stretch of Intramuros in Manila.

More than 80 percent of Filipinos lived below the poverty line and they lived to serve the rich and powerful few. The sight of two girls peeking into a window became a simplistic representation of Filipinos then and now – on the outside looking in even in their own country.

The most delightful item on the menu though was ganso mocchiri tofu (original creamy tofu) – a soft round tofu that melted in the mouth. I melted with it; I thought I’d died and gone to heaven!

What cheek for me to claim a NatGeo-worthy photo! But I suppose it means one’s best shot, and I’m not a good judge of that. So I chose the democratic way – the photo that got the most Facebook “likes.” It is a dreamy (in my book, at least) shot of West Lake in Hangzhou, which reminded me of ancient Chinese paintings, hence the sepia tone.

Hangzhou is still a little piece of heaven on earth, as it has been regarded by Chinese poets and painters for over a thousand years. It just needs a wee bit more imagination to see, but it is there. It is in the visual poetry of West Lake in harmony with earth and sky, both reflected on its still waters.

To be honest, I was not keen on doing this post at first. However, I could have lost all these photos in a recent burglary (thank God, the thief didn’t know what to do with my external drive and let it be). The gadgets can go, but not the photos. They are byte-size memories that could neither be bought nor replaced, contained in, indeed, a memory card. This post is a tribute to my snapshots, the memories of my life.

Now it’s time to pay it forward – and I shall pass the ball back to real photographers:

Monika Kremin of harMONIc Designs and Photography and Dave Bignell of The Phoblography. Check out their truly awesome photography.

40 thoughts on “My 7 Super Shots: My Best Byte-Size Memories”